A lot has happened since the last blog post.

For starters, the Go rewrite which was previously mentioned has been scraped for now. A complete rewrite has been performed once again in Rust -- the original plan.

I will soon be publishing the current (rewrite) source of Whirl within the official GitHub repository as new development branch.

There are still few issues which are present such as a known issue where the client is not properly transferred over to the Hub (RoomServer) when it is finished communicating with the Distributor (AutoServer). This issue is only apparent about 50% of the time but it is still of high priority. You can find it's corresponding GitHub issue here.

Despite these setbacks, issues, et cetera, the implementation is functional as you can see in the image below. 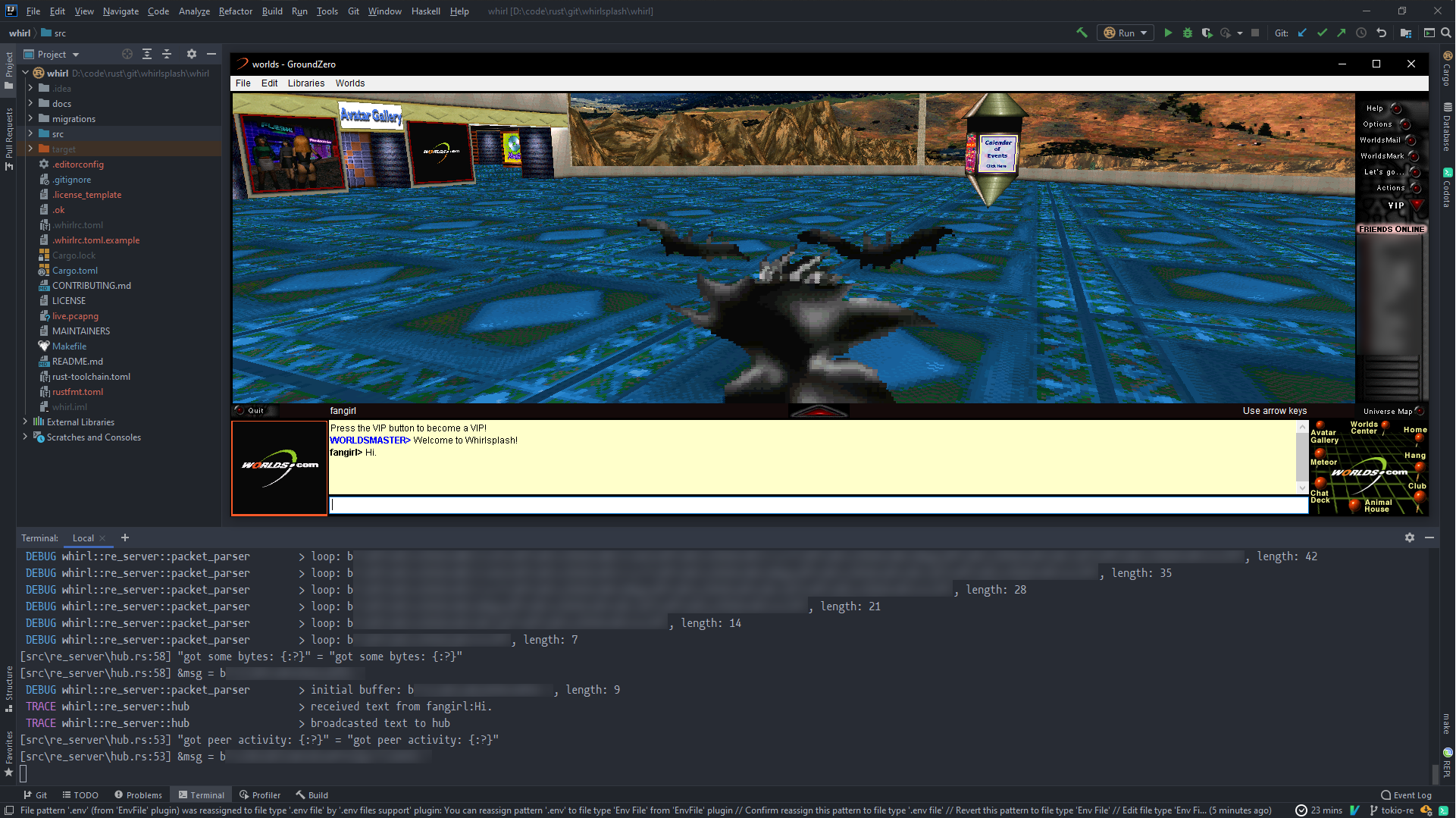 The Distributor (AutoServer) is close to 95% functionality (compared to the official servers), where as the Hub (RoomServer) is estimated to be at ~5 - ~10% functionality.

In the following weeks, focus will be aimed at (priority as follows);